Feats of strength were a popular spectacle with the Ancient Greeks & Romans and the winners of strength contests were treated with great respect.
In more recent times we have seen old time strong men tearing books in half, breaking six inch nails, twisting horse shoes, bending iron bars and pulling railway trucks with their teeth but they have all been reviewed with suspicion and have been relegated to the music hall act.

With the advent of the modern Olympic Games in 1896 however, with it’s strict rules and properly qualified officials the sport of weight lifting took on respectability and is probably as popular now throughout the World as any of the other Olympic sports.

The principle offshoot of weight lifting is modern Powerlifting. It is very difficult to discover exactly how, when or why it all started or who was behind it… probably by men who had tremendous strength but no desire or ability to perform on the Olympic lifts yet nevertheless wanted to compete on equal terms with other lifters. The lifts themselves were basic body building movements selected to demonstrate a man’s strength to his best advantage. These were: the 2 hand curl, the bench press and the squat chosen by the British Association and formed into a set for competition.

Strength lifting was still in its infancy, however, the first big breakthrough came in 1966 when the lifts were changed by dropping the two hand curl and making the squat the first lift followed by the bench press and adding the deadlift as the finale.

The first World Championships were not officially recognized until 1973 when the International Powerlifting Federation was formed and although two Championships took place in the USA in 1971 & 72. In 1977 came the formation of the European Powerlifting federation and since 1979 women have competed at all levels.
In these competitions the athlete is permitted only three attempts at each of the lifts, Squat, Bench Press & Deadlift and the best result achieved on each of these are added together to give a total. The competitor with the highest total is then declared the champion. There are also some Powerlifting federations such as the World Association of Bench Pressers and Dead Lifters (WABDL), in which I compete, which only involve the two aforementioned lifts. The competitor may compete in all the lifts or just the ones, or one that they may be most interested in. Divisions are separated by sex, weight, age, level of ability (e.g. Open, Class 1), and law/fire. Competitors range from teenagers all the way up to seniors in there 80s!

Coaches in other sports are already beginning to understand the value of Powerlifting and one thing is certain, the sport of Powerlifting will continue to grow until it is as popular as some Olympic sports.

I recently competed in a meet in Sacramento and took first place in the Class 1 division, 220 pound weight class, with a 573-pound deadlift. It was a successful culmination of 4 months of intense training that left me just 5 pounds shy of the California State record for my weight class and division. I am continuing to train and am aiming towards the World Championships (WABDL) in Las Vegas in December. My goal will be to break the 600-pound mark and walk away with not only the world title but also the California state record.

I train with a Powerlifting club based in Monterey called the Iron Society and there is also a team based out of The Spa Fitness Center on 41st, derived mostly of women, called the Mighty Ones. I encourage anyone wishing to get stronger or just wanting to enjoy the personal satisfaction of strength training, to give it a try. If interested or for any information regarding the sport please feel free to give me a call at 831-462-1212  and I will gladly answer any questions you may have.

In future articles I will detail the benefits of Powerlifting, not only for strength gains, but also its benefit for other sports and total physical fitness.

To make sure you do your weight lifting safely and with maximum results, we encourage you to join COAST Physical Therapy Services supervised fitness training or workout with one of our qualified Santa Cruz personal trainers. 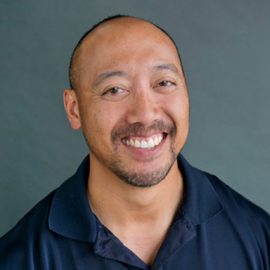